What Is an Autism Spectrum Disorder (ASD)? 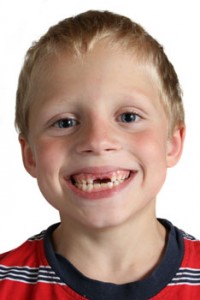 While the term “Autism Spectrum Disorder” or “ASD” has been popular for many years, this only became an official term in the DSM (the Diagnostic and Statistical Manual of Mental Disorders which is the primary book psychologists use when providing a diagnosis) in May of 2013 when the DSM-5 was released.  Between 1994 and 2013 psychologists used the DSM-IV which used the term Pervasive Developmental Disorder (PDD) as the umbrella term for  diagnosis such as autism, Asperger’s, PDD-NOS (not otherwise specified).  All three of these disorders now fall under the umbrella term of an Autism Spectrum Disorder.  (Some people will say  Asperger’s disorder no longer exists, but it really has simply been relabeled and would fit under the ASD diagnosis with the qualifier of an average or higher intelligence and good language skills.)

So, what is an Autism Spectrum Disorder (ASD)?  Per the DSM “The essential features of autism spectrum disorder are persistent impairment in reciprocal social communication and social interaction, and restricted, repetitive patterns of behavior, interests, or activities.  These symptoms are present from early childhood and limit or impair everyday functioning.”

In plain English, this essentially means a child has:

1: Social delays such as not being especially motivated by praise, recognizing other people’s emotions, showing objects of interest to people, or seeking typical or age appropriate social interactions with peers.

2: Communication delays such as limited eye contact, decreased range of facial expressions that they direct towards others and with younger children a lack of pointing with an index finger.

3: Two of the following issues:  Repetitive behaviors (such as unusual hand movements, focusing on spinning objects, lining up objects, pacing, echoing words or phrases of others, etc.), insistence on sameness (specific routines that are much stronger than most children have at their age and cause significant distress when changed), fixated interests (focusing on a topic or object to an unusual degree for their age), and sensory issues (a child is overly bothered by, or seeks excessive feedback for any sense such as touch, smell, vision, movement, or taste).

It is important to realize these behaviors must be unusual for the person’s intellectual level of functioning and age.  For example, if a person were to have an intellectual disability, their skills in all area would be expected to be delayed as they would socially and verbally interact like a much younger child.  Also, for younger children, mouthing of objects or becoming fixated on a teddy bear or blanket may be age appropriate and not indicative of an ASD.  It is also important to realize a child may present with social and/or language delays for a number of other reasons, other than an ASD.  For example, a person with an anxiety disorder may be especially fearful of social interactions and thus choose to isolate themselves and not talk to people for fear of teasing.  Differentiating these diagnosis can be difficult, especially with younger children, and is part of a comprehensive psychological evaluation. 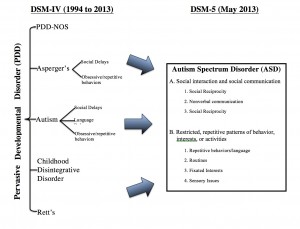